December 10, 2019
So recently in the UK the war internally between the divide in belief systems is ever so chaotic.
The NHS is yet again used as a weapon or a political football, The daily mirror provides insights as to how the NHS in the winter months is yet again overwhelmed and ran by middle managers getting obscene amounts of money to create a further chaotic system and again, the question always arises should we raise taxes to pay for it?
It is a unique business model and it has been poorly run since they got rid of the matrons in favour of managers. 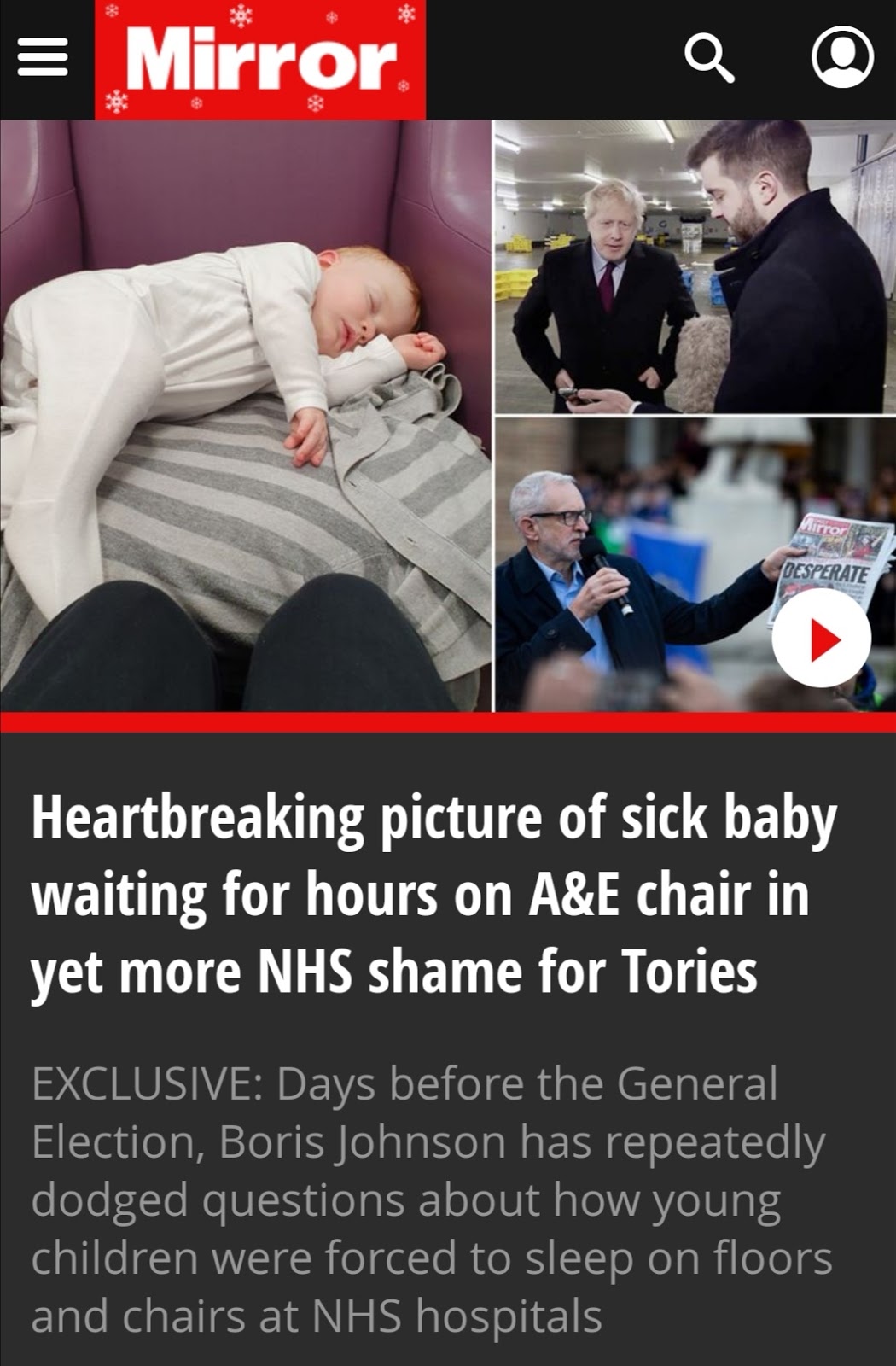 https://www.mirror.co.uk/news/politics/devastating-picture-baby-waiting-hours-21061413
The way the NHS has been handled by the government and previous governments has seen a shortfall in vision and the establishment that is the NHS has got so big. It is now a scapegoat for politics. They use it as a loaded weapon ready from the armory. Play on people's emotions with stories of tragedy and ultimately, it is a further divided nation. 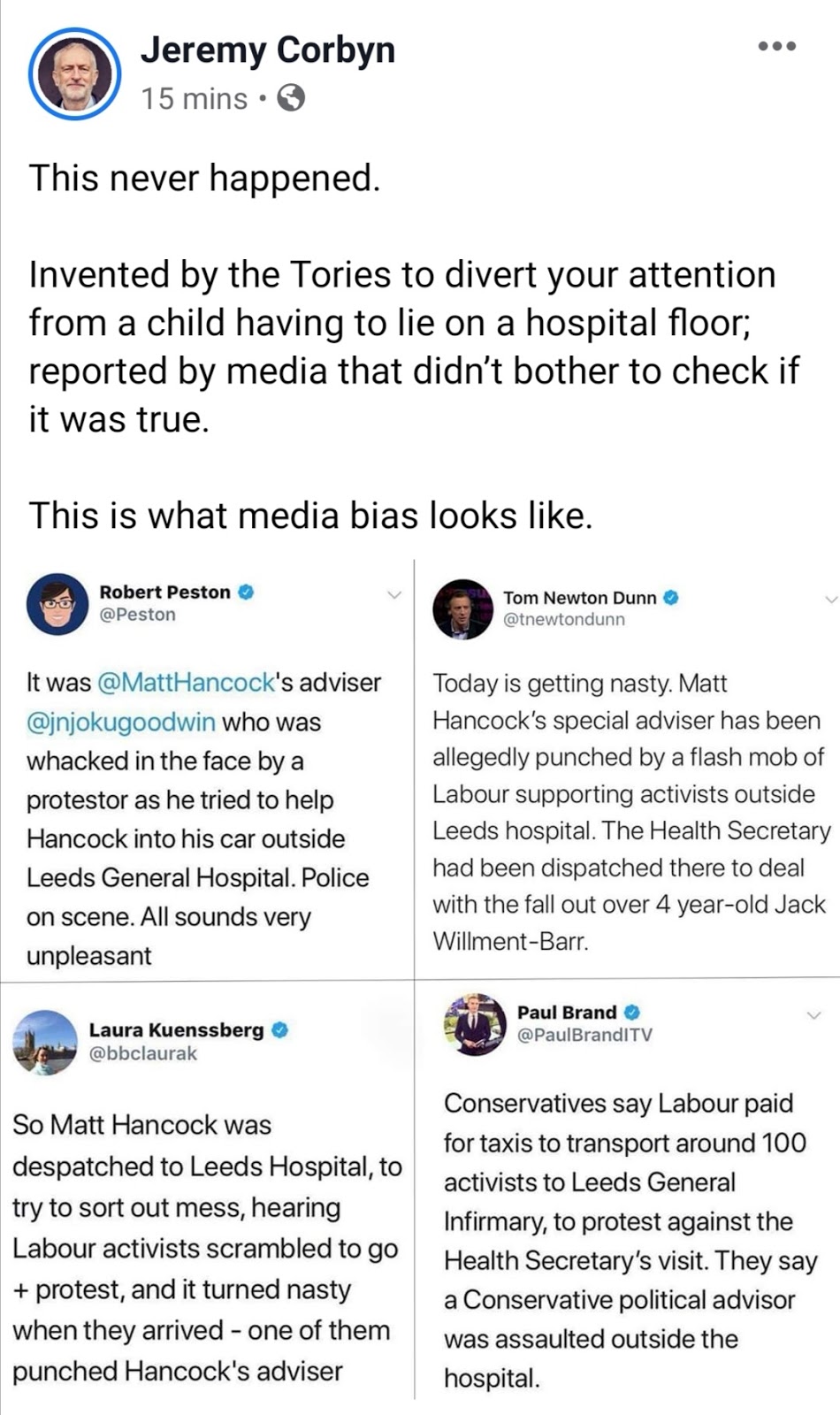 Questions to be answered by Mr Hancock and his advisor over what came after the prime minister interview with the itv correspondent and they way the interview went was utterly shocking. The right honorable gentleman tried to avoid to examine later but the interviewer continued to press the matter of the urgency of the matter and the fact his party to which he has had many roles has seen the most outrageous decline in living standards and the lack of empathy is key, the fact the tories are finding it very difficult to be relatable.
The amount of lying is unbelievable. These people can no longer be referred to as right honorable if they are serial liars. 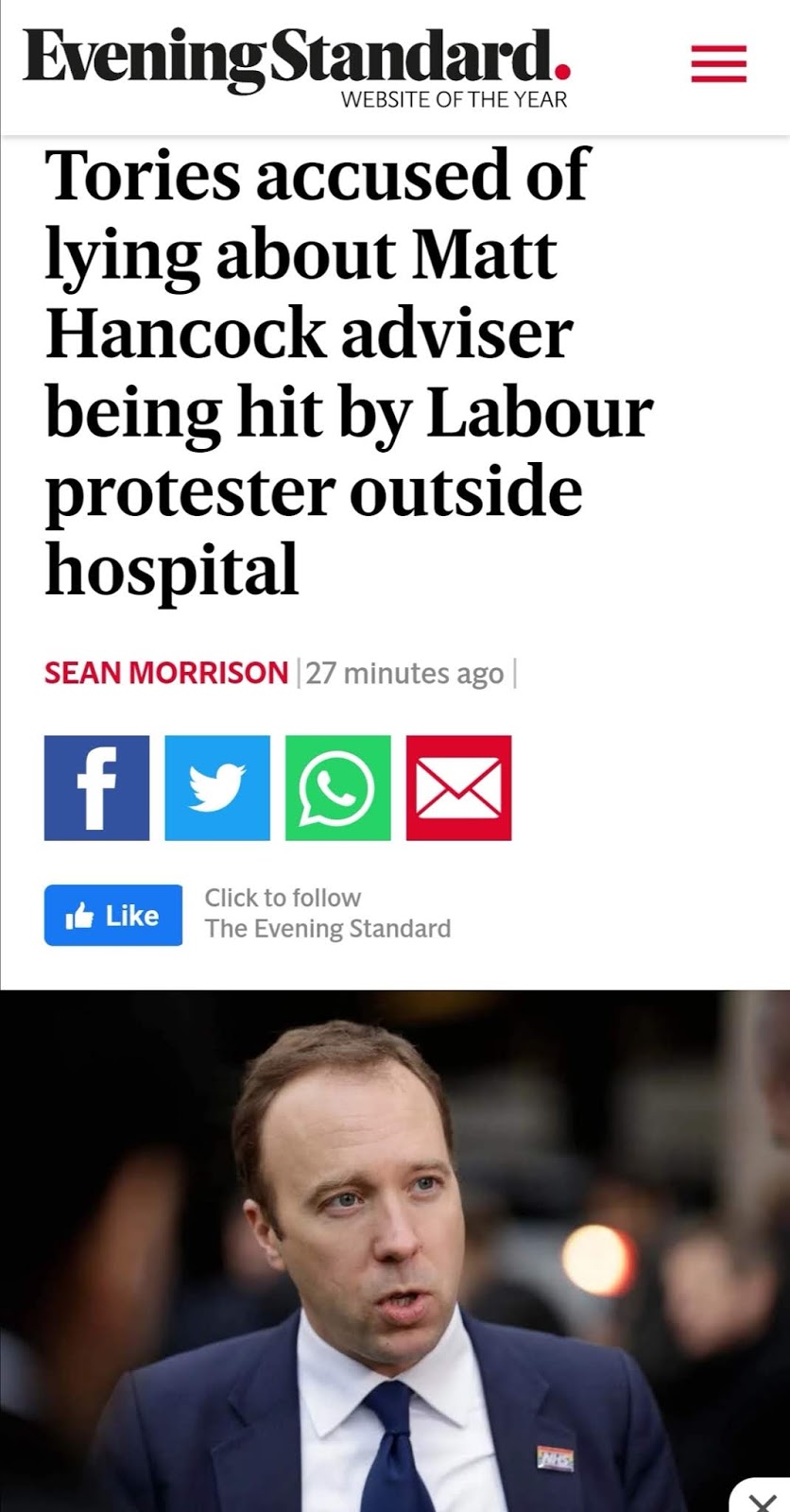