The UK has many political parties, some of which are represented in the House of Commons and the House of Lords.

Before the middle of the 19th century, politics in the United Kingdom was dominated by the Whigs and the Tories. These were not political parties in the modern sense but somewhat loose alliances of interests and individuals. The Whigs included many of the leading aristocratic dynasties committed to the Protestant succession, and later drew support from elements of the emerging industrial interests and wealthy merchants, while the Tories were associated with the landed gentry, the Church of England and the Church of Scotland.

By the mid 19th century, the Tories had evolved into the Conservative Party, and the Whigs had evolved into the Liberal Party. The concept of right and left came originally from France, where the supporters of a monarchy (constitutional or absolute) sat on the right wing of the National Assembly, and republicans on the left. In the late 19th century the Liberal Party began to lean towards the left. Liberal Unionists split off from the Liberals over Irish Home Rule and moved closer to the Conservatives over time.

The Liberals and Conservatives dominated the political scene until the 1920s, when the Liberal Party declined in popularity and suffered a long stream of resignations. It was replaced as the main anti-Tory opposition party by the newly emerging Labour Party, which represented an alliance between the labour movement, organised trades unions and various socialist societies.

Since then the Conservative and Labour parties have dominated British politics, and have alternated in government ever since. However, the UK is not quite a two-party system as other parties have significant support. The Liberal Democrats were the third largest party until the 2015 general election when they were overtaken by the Scottish National Party in terms of seats and UK political party membership, and by the UK Independence Party in terms of votes.

The UK's first-past-the-post electoral system leaves small parties disadvantaged on a UK-wide scale. It can, however, allow parties with concentrations of supporters in the constituent countries to flourish. In the 2015 election there was widespread controversy when UKIP and the Green Party of England and Wales received 4.9 million votes (12.6% of the total vote for UKIP and 3.8% for the Greens) yet only gained one seat each in the House of Commons. After that election, UKIP, the Liberal Democrats, and the Green Party of England and Wales, together with its Scottish and Northern Ireland affiliated parties, the Scottish National Party and Plaid Cymru, delivered a petition signed by 477,000 people to Downing Street demanding electoral reform.

Traditionally political parties have been private organisations with no official recognition by the state. The Registration of Political Parties Act 1998 changed that by creating a register of parties.Since 1997, proportional representation-based voting systems have been adopted for elections to the Scottish Parliament, the Welsh Parliament, the Northern Ireland Assembly, the London Assembly and (until Brexit in 2020) the UK's seats in the European Parliament. In these bodies, other parties have had success. 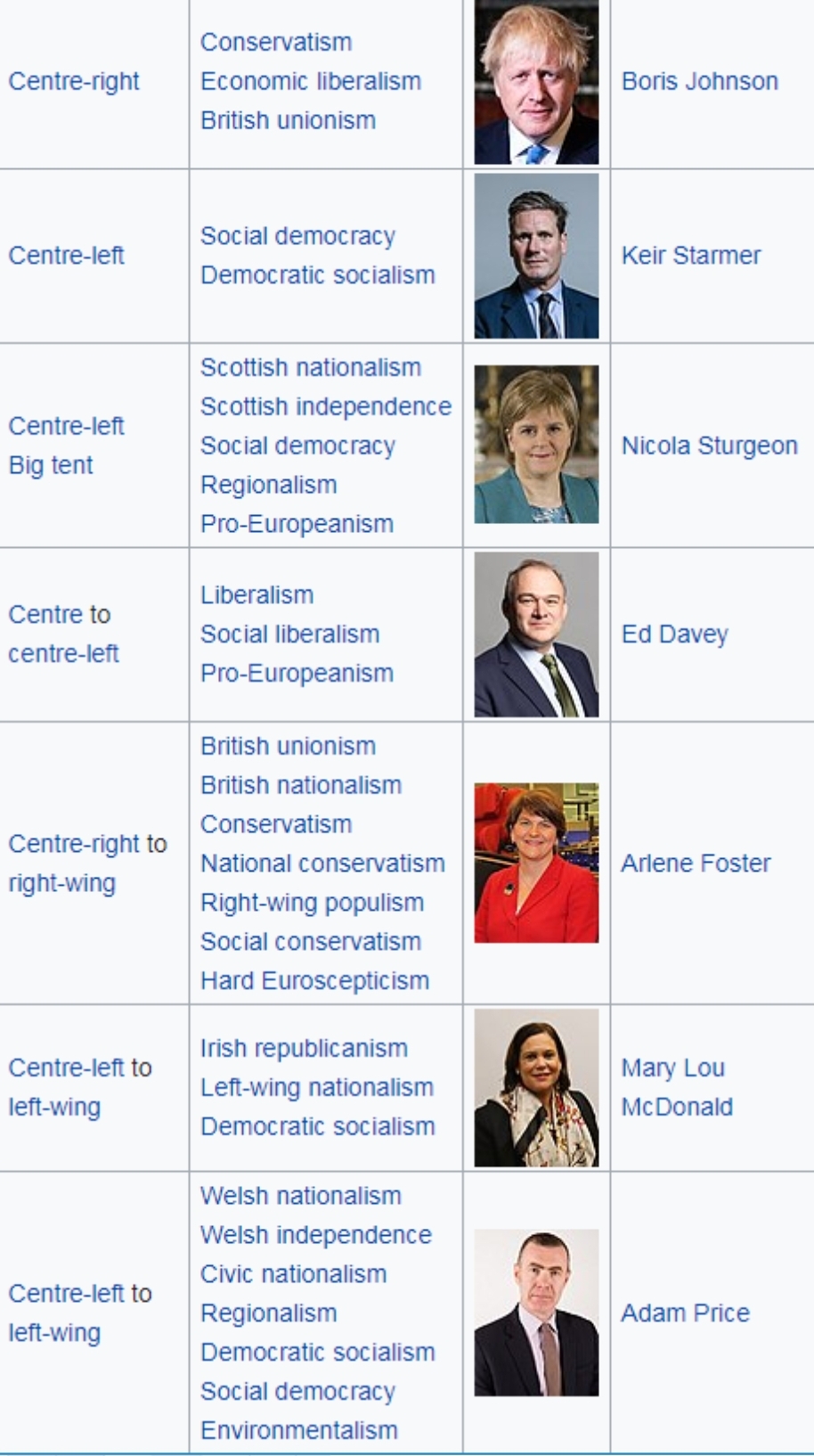 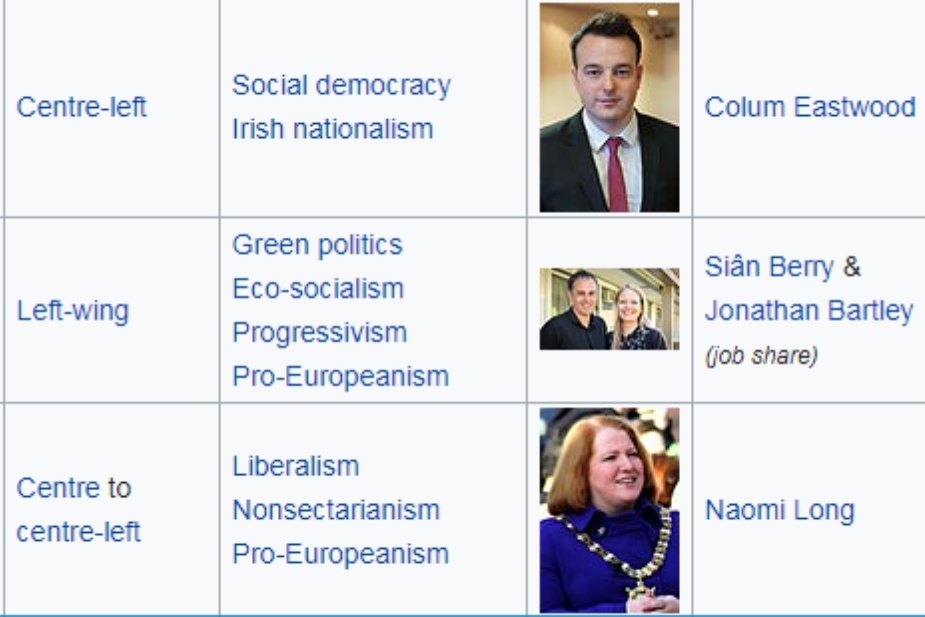 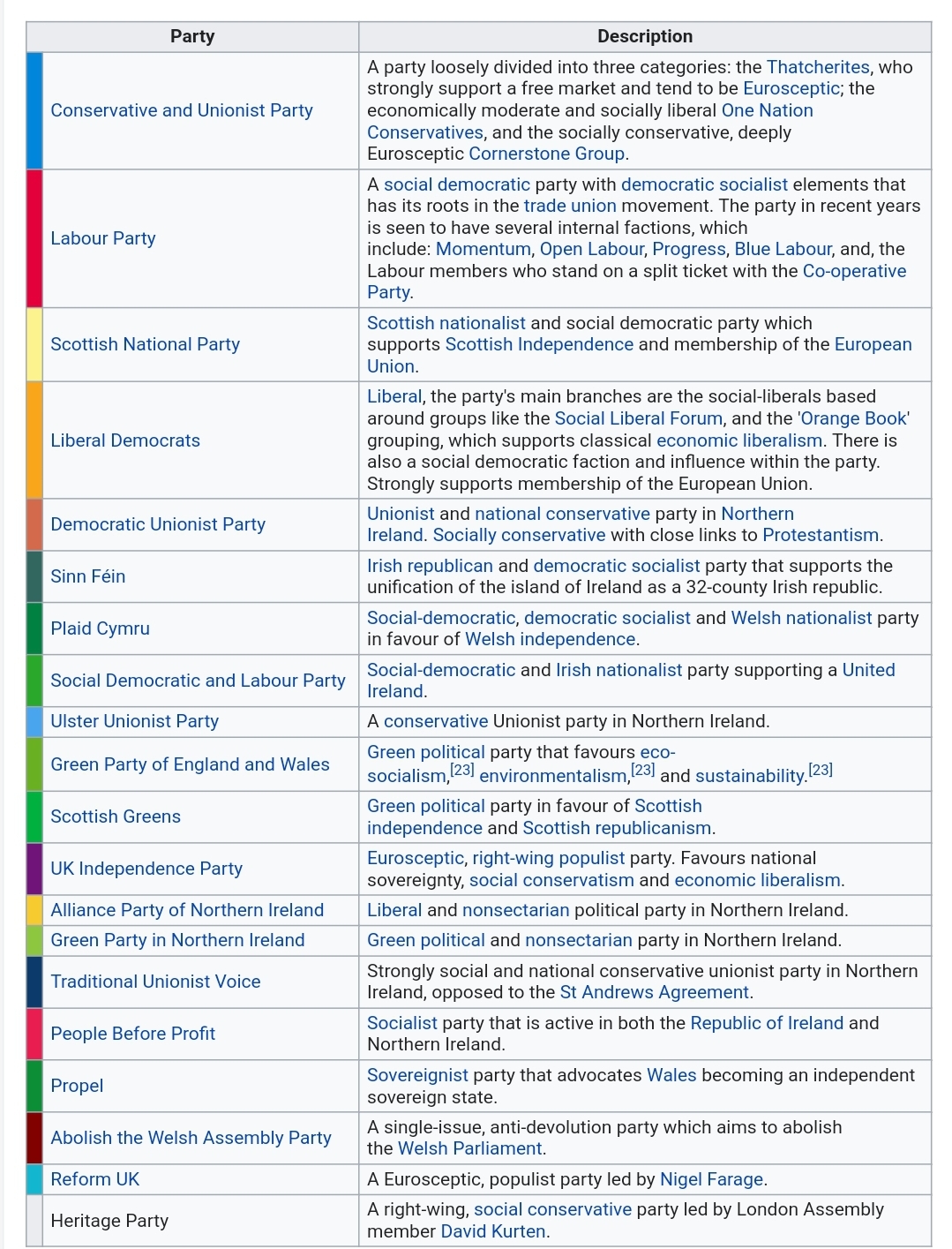