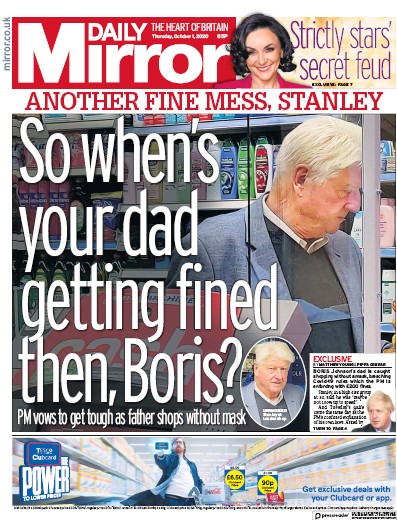 1 October
After the British government ignored its early September demands to scrap parts of the Internal Market Bill by the end of the month, the European Commission launches legal action against the UK in response to the bill, which could be used to override sections of the Brexit divorce deal.
Margaret Ferrier, MP for Rutherglen and Hamilton West is suspended from the British parliamentary Scottish National Party after travelling from London to Scotland after being confirmed positive for COVID-19.
2 October
Cumbria County Council approves the first new deep coalmine for 30 years, voting 12–3 in favour. Opponents, which include Extinction Rebellion, argue that it contradicts the UK's pledge to be carbon neutral by 2050.
3 October
The wettest day on record occurs, with an average of 31.7 mm (1.24 in) of rain across the entire country. 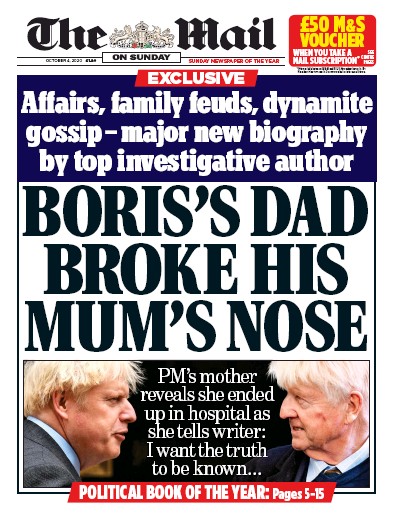 4 October
A huge spike in new cases occurs from a backlog of unreported positive results, caused by an IT glitch. This results in the daily figure almost doubling on 3 October, and then nearly doubling again on 4 October.
The cumulative total number of COVID-19 cases in the UK exceeds half a million. 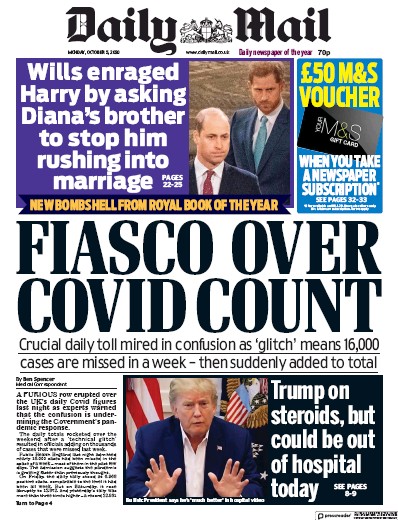 7 October
British Airways' last two Heathrow-based Boeing 747 planes depart from the airport on their final flight.
9 October
The ONS reports that SARS-CoV-2 infections in England have "increased rapidly" with one in 240 people infected. Science advisers warn that hospital admissions are now "very close" to levels seen at the start of the crisis in early March.
Chancellor Rishi Sunak announces that workers will get two-thirds of their wages paid for by the government if their employer is forced to shut because of the British government response to the COVID-19 pandemic. 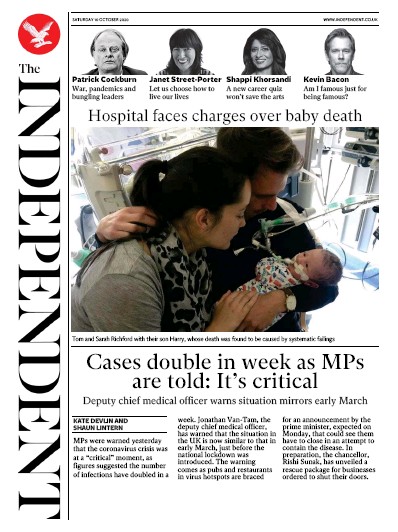 13 October
Unemployment reaches 4.5 per cent, as redundancies are reported to be at their highest level since 2009. 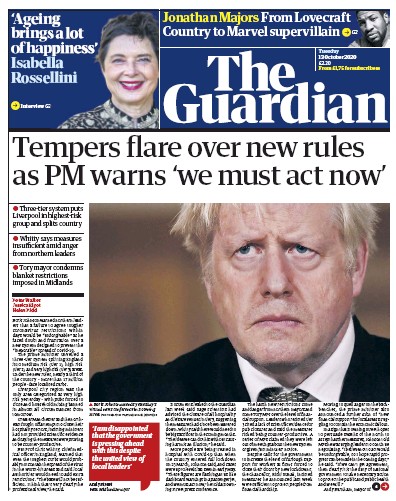 16 October
Boris Johnson contends that trade talks with the EU are effectively "over", and that the UK should "get ready" for arrangements with the EU to be "more like Australia's" from 1 January 2021.
With SARS-CoV-2 infections in Greater Manchester increasing rapidly, and mayor Andy Burnham refusing to accept further restrictions, Boris Johnson warns he may "need to intervene" if new measures cannot be agreed. 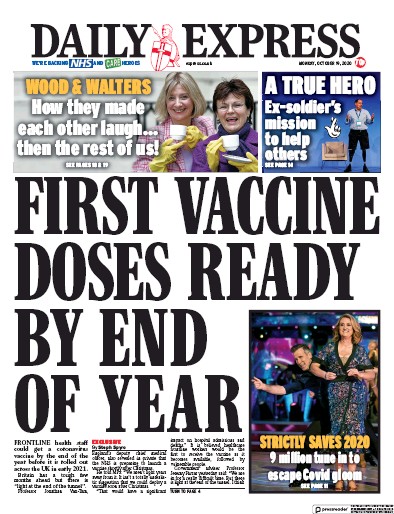 20 October
The House of Lords rejects the Internal Market Bill, voting by 395 to 169 (a majority of 226) for a "regret" amendment.
Andy Burnham has accused the Government of “playing poker with people’s lives” after talks about a Tier 3 deal broke down.
The Greater Manchester mayor said that after days of fraught negotiations between the region’s leaders and ministers, the Government “walked away”.
Prime Minister Boris Johnson is due to announce new restrictions for the area in Parliament later today after Communities Secretary Robert Jenrick said discussions had failed to produce a deal because leaders were “unwilling to take action required”. 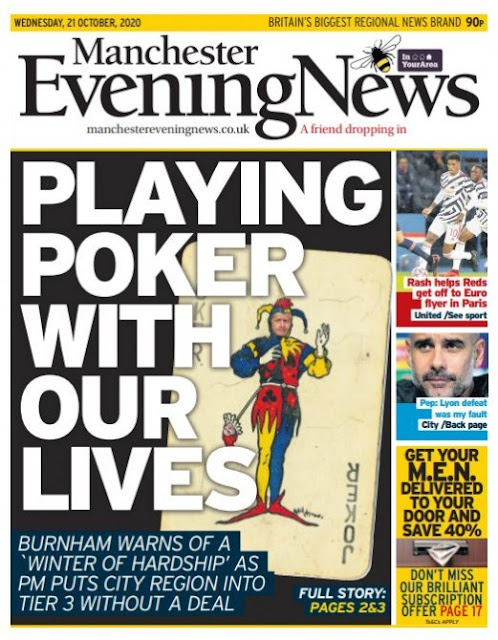 23 October
Nicola Sturgeon confirms that Scotland is to enter a new five-level system of social distancing restrictions.
29 October
A major study by Imperial College London suggests that nearly 100,000 people are catching the virus every day in England, a figure now doubling every nine days. The study authors warn that "something has to change" at this "critical stage".
The Labour Party suspends Jeremy Corbyn over his reaction to a report into anti-semitism. 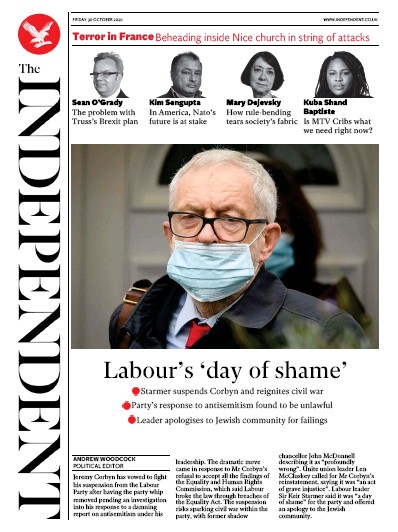 31 October
The UK exceeds 1 million cases.
In a televised address, Johnson announces a new four week lockdown for England, to be enforced from 5 November until 2 December.