September 29, 2020
1 September
The majority of schools in England, Wales and Northern Ireland reopen at full capacity early in September, following those in Scotland that did so last month, ending almost half a year of closures due to the COVID-19 pandemic.
KPMG speculate that the British economy is unlikely to reach its pre-COVID level until early 2023. 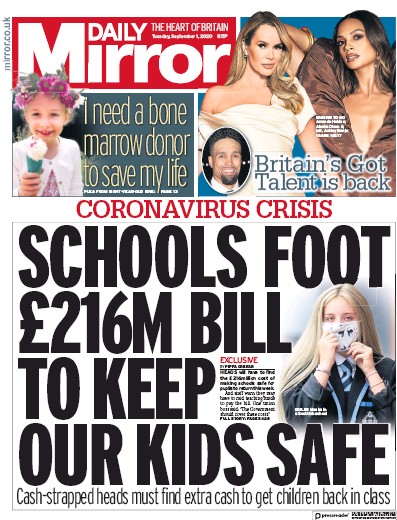 4 September
Construction work officially begins on the HS2 high-speed rail network.
Former Australian Prime Minister Tony Abbott is appointed as an unpaid trade adviser to the British government. The decision causes controversy over his past comments regarding women and LGBT people that have been labelled misogynistic and homophobic. A group of equality activists including Ian McKellen and Russell T Davies write an open letter against the appointment.
5 September
Extinction Rebellion activists block access to three printing presses owned by Rupert Murdoch, delaying the publication of several national newspapers. Police arrest 63 people.
6 September
Almost 3,000 people in the UK test positive for SARS-CoV-2, a 50% increase in a single day and the highest daily total since May.
8 September
Sir Jonathan Jones, Head of the Government Legal Profession, resigns in protest against the government's reported plans to make changes to the Brexit withdrawal agreement, becoming the sixth senior civil servant to stand down in 2020.
Northern Ireland Secretary Brandon Lewis states the then unpublished Internal Market Bill could "break international law" in a "very specific and limited way". 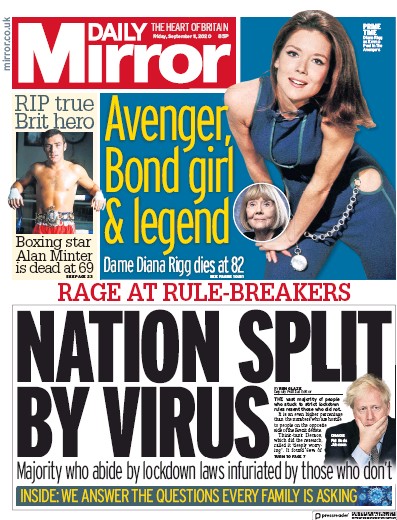 9 September
Siân Berry and Jonathan Bartley are re-elected as co-leaders of the Green Party.
The Internal Market Bill is presented to Parliament by the Government.
11 September
The R number escalates to between 1.0 and 1.2 for the first time since March.
12 September
Sir Mark Walport, former chief scientific adviser and member of SAGE, warns that the UK is "on the edge of losing control" as recorded cases of COVID-19 exceed 3,000 for the second day in a row. 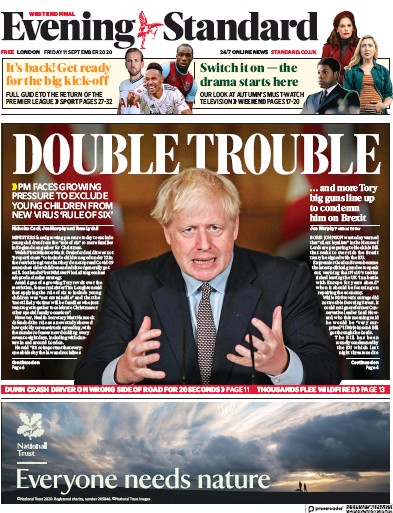 14 September
The new "rule of six" law comes into force. In England, unless one of the exceptions applies, such as team sports, sailing, angling, shooting, polo, dodgeball, floorball and goalball, the law provides authority to limit the number of persons in a gathering to no more than six. Equivalent rules also begin in Wales and Scotland with some differences including exemptions for children beneath the ages of 11 and 12 respectively.
Conservative MP Rehman Chishti resigns as Prime Minister's Special Envoy for Freedom of Religion or Belief over the Government's Internal Market Bill, saying it unilaterally breaks the UK's legal commitments.
The Internal Market Bill clears its first hurdle in the Commons by 340 votes to 263.
15 September
Former Conservative MP Charlie Elphicke is jailed for two years for sexually assaulting two women, in 2007 and 2016.
16 September
The UK returns three antique bronze sculptures to India more than 40 years after they were stolen from a Hindu temple in Tamil Nadu. They were found in London after one was offered for sale in 2019. 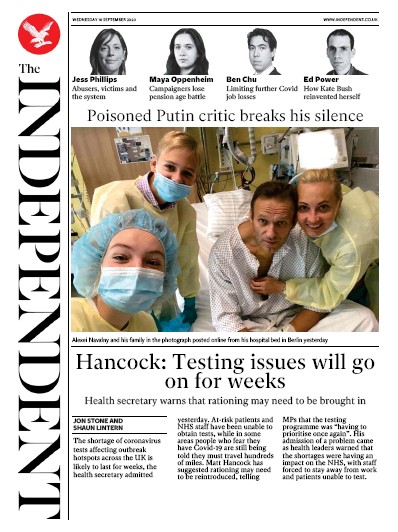 18 September
With the R number now at 1.1 to 1.4 and cases rising around the country among all age groups, Prime Minister Boris Johnson states the UK is "now seeing a second wave" of COVID-19.
20 September
The SARS-CoV-2 genome later identified as part of the lineage of Variant of Concern 202012/01 is collected for the first time in a sample from Kent.
21 September
The Joint Biosecurity Centre recommends that the COVID-19 alert level for the UK should be increased to Level 4, meaning that transmission of the virus is "high or rising exponentially".
22 September
Michael Gove recommends that employees should work from home if able to do so. 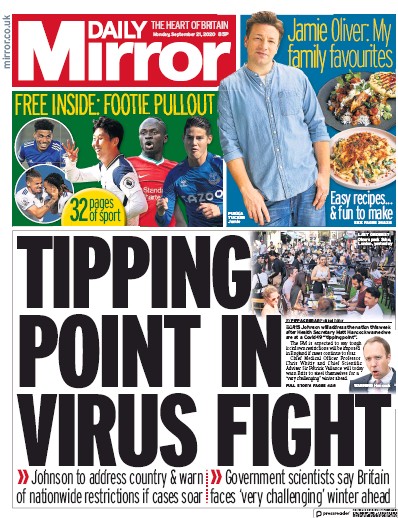 24 September
The UK records 6,634 new positive tests for SARS-CoV-2, the highest daily figure since mass testing began.
25 September
Sgt Matiu Ratana, a long serving police officer with the Metropolitan Police, is shot dead during an incident at a custody centre in Croydon, London. 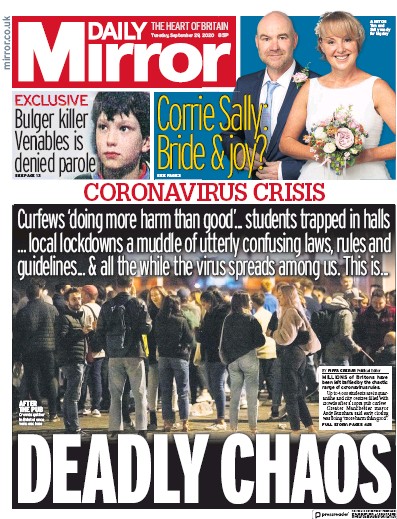 29 September
MPs give their final backing to the Internal Market Bill, by 340 votes to 256. It now moves to the House of Lords. 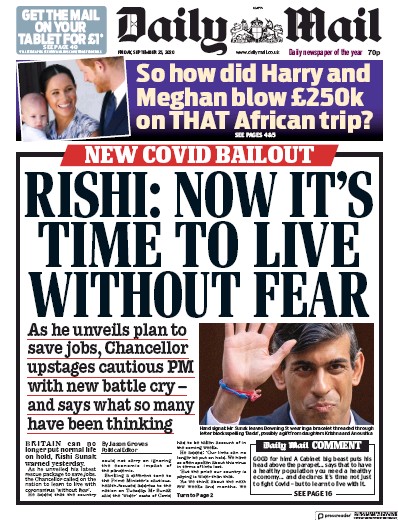