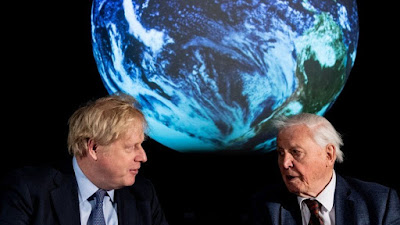 4 February
In London, Prime Minister Boris Johnson, naturalist Sir David Attenborough, and Italian Prime Minister Giuseppe Conte launch the 26th session of the Conference of the Parties (COP26), a major UN climate summit to be held in Glasgow in November 2020.
Johnson announces, subject to consultation, that coal power could be phased out by 2024, a year earlier than previously planned and the phase-out of new petrol and diesel vehicles could be brought forward from 2040 to 2035.
He also reaffirms the UK's commitment to reaching net zero carbon by 2050.
7 February
Buckingham Palace announces that the wedding of Princess Beatrice and Edoardo Mapelli Mozzi will take place on 29 May.
10 February
In a "historic" decision, councillors reject a proposed expansion of Bristol Airport, by 18 votes to seven, on the grounds that it would exacerbate climate change, damage the health of local people, and harm flora and fauna. 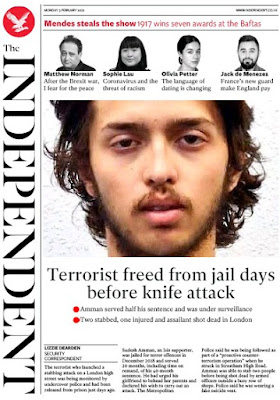 11 February
In the wake of the Streatham stabbing, the Terrorist Offenders Bill, designed to end the early release of prisoners convicted of terrorist offences, is presented to parliament.
Following a review of the project, Prime Minister Boris Johnson announces that the controversial high-speed rail link HS2 will be built.
12 February
The Terrorist Offenders Bill passes unopposed through the House of Commons to complete the first stage of the process to becoming law.
The government announces plans to extend the remit of the media regulator Ofcom to include internet and social media content in the UK. 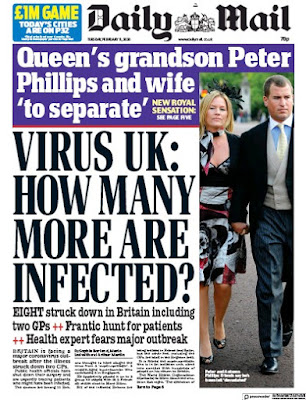 13 February
Boris Johnson carries out a cabinet reshuffle.
Sajid Javid resigns as Chancellor of the Exchequer. He is succeeded by Rishi Sunak.
17 February
Business and Energy Secretary and COP26 President Alok Sharma announces £1.2 billion in funding for a new supercomputer to improve weather and climate models in the UK.
27 February
Count Binface announces he will run for Mayor of London.
29 February
The Home Office's top civil servant, Sir Philip Rutnam, resigns and says he plans to claim constructive dismissal by the government following a series of clashes with the Home Secretary, Priti Patel. 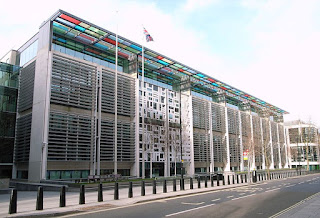 Rutnam was the permanent secretary at the Home Office. “I have this morning resigned as permanent secretary of the Home Office. I take this decision with great regret after a career of 33 years.
“I am making this statement now because I will be issuing a claim against the Home Office for constructive dismissal. In the last 10 days I have been the target of a vicious and orchestrated briefing campaign. It has been alleged that I have briefed the media against the home secretary. This, along with many other claims, is completely false.

“The home secretary categorically denied any involvement in this campaign to the Cabinet Office. I regret I do not believe her. She has not made the efforts I would expect to dissociate herself from the comments.

“Even despite this campaign, I was willing to effect a reconciliation with the home secretary, as requested by the cabinet secretary on behalf of the prime minister. But despite my efforts to engage with her, Priti Patel has made no effort to engage with me to discuss this.

“One of my duties as permanent secretary was to protect the health, safety and wellbeing of our 35,000 people. This created tension with the home secretary, and I have encouraged her to change her behaviours.“I believe that these events give me very strong grounds to claim constructive unfair dismissal, and I will be pursuing that claim in the courts. My experience has been extreme but I consider there is evidence it was part of a wider pattern of behaviour.

“I have received allegations that her conduct has included shouting and swearing, belittling people, making unreasonable and repeated demands – behaviour that created fear and that needed some bravery to call out.

“I know that resigning in this way will have serious implications for me personally – the Cabinet Office offered me a financial settlement that would have avoided this outcome.

“I am aware that there will continue to be briefing against me now I have made this decision, but I am hopeful that at least it may not now be directed towards my colleagues or the department.

“This has been a very difficult decision but I hope that my stand may help in maintaining the quality of government in our country, which includes hundreds of thousands of civil servants, loyally dedicated to delivering this government’s agenda.

“I will make no further comment at this stage.”