January 23, 2020
The Brexit withdrawal agreement, officially titled "Agreement on the withdrawal of the United Kingdom of Great Britain and Northern Ireland from the European Union and the European Atomic Energy Community",is a treaty between the European Union (EU), Euratom, and the United Kingdom (UK), signed on 24 January 2020, setting the terms of the withdrawal of the UK from the EU and Euratom. The text of the treaty was published on 17 October 2019, and is a renegotiated version of an agreement published half a year earlier.
https://assets.publishing.service.gov.uk/government/uploads/system/uploads/attachment_data/file/759019/25_November_Agreement_on_the_withdrawal_of_the_United_Kingdom_of_Great_Britain_and_Northern_Ireland_from_the_European_Union_and_the_European_Atomic_Energy_Community.pdf
The earlier version of the withdrawal agreement was rejected by the House of Commons on three occasions, leading to Queen Elizabeth II accepting the resignation of Theresa May as Prime Minister of the United Kingdom and appointing Boris Johnson as the new Prime Minister on 24 July 2019. 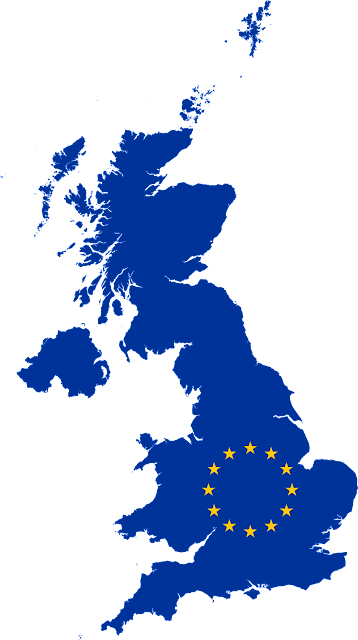 The Agreement covers such matters as money, citizens' rights, border arrangements and dispute resolution. It also contains a transition period and an outline of the future relationship between the UK and the EU.
Published on 14 November 2018, it was a result of the Brexit negotiations. The agreement was endorsed by the leaders of the 27 remaining EU countries and the British Government led by Prime Minister Theresa May, but faced opposition in the British parliament, whose approval was necessary for ratification. Approval by the European Parliament would also have been required. On 15 January 2019, the House of Commons rejected the withdrawal agreement by a vote of 432 to 202.
The Commons rejected the Agreement again on 12 March 2019, on a vote of 391 to 242, and rejected a third time of 29 March 2019 by 344 votes to 286. On 22 October 2019 the revised withdrawal agreement negotiated by Boris Johnson's government cleared the first stage in Parliament, but Johnson paused the legislative process when the accelerated programme for approval failed to achieve the necessary support, and announced his intention to call a general election.
On 23 January 2020, Parliament ratified the agreement by passing the Withdrawal Agreement Act; on 29 January 2020, the European Parliament gave its consent to the withdrawal agreement. It was subsequently concluded by the Council of the European Union on 30 January 2020.

The withdrawal agreement provided for a transition period until 31 December 2020, during which time the UK remained in the single market, in order to ensure frictionless trade until a long-term relationship was agreed. If no agreement was reached by this date, then the UK would have left the single market without a trade deal on 1 January 2021. Closely connected to the withdrawal agreement is a non-binding political declaration on the future EU–UK relationship.
https://www.legislation.gov.uk/ukpga/2020/1/contents/enacted?view=plain