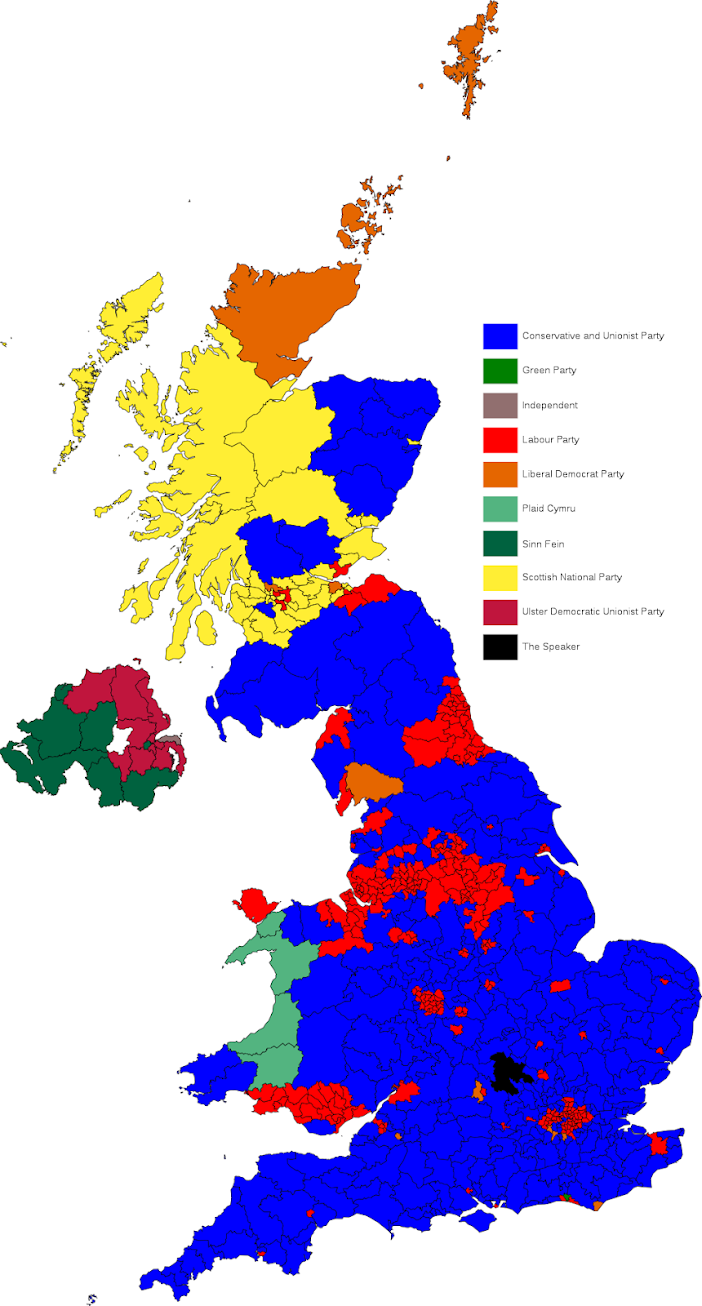 The 2017 United Kingdom general election was held on Thursday, 8 June 2017, two years after the previous general election in 2015. The governing Conservative Party remained the largest single party in the House of Commons but lost its small overall majority, resulting in the formation of a Conservative-led minority government with a confidence-and-supply agreement with the Democratic Unionist Party (DUP) of Northern Ireland.

The Conservative Party, which had governed as a senior coalition partner from 2010 and as a single-party majority government from 2015, was defending a working majority of 17 seats against the Labour Party, the official opposition led by Jeremy Corbyn. Under the Fixed-term Parliaments Act 2011 an election had not been due until May 2020, but Prime Minister Theresa May's call for a snap election was ratified by the necessary two-thirds vote in the House of Commons on 19 April 2017. May said that she hoped to secure a larger majority to "strengthen [her] hand" in the forthcoming Brexit negotiations.

Opinion polls had consistently shown strong leads for the Conservatives over Labour. From a 21-point lead, the Conservatives' lead began to diminish in the final weeks of the campaign. In a surprising result, the Conservative Party made a net loss of 13 seats despite winning 42.4% of the vote (its highest share of the vote since 1983), whereas Labour made a net gain of 30 seats with 40.0% (its highest vote share since 2001). It was the first election in which the Tories had a net loss of seats or Labour had a net gain of seats since 1997. This was the closest result between the two major parties since February 1974 and their highest combined vote share since 1970. The Scottish National Party (SNP) and the Liberal Democrats, the third- and fourth-largest parties, both lost vote share; media coverage characterised the result as a return to two-party politics.


The SNP, which had won 56 of the 59 Scottish seats at the previous general election in 2015, lost 21. The Liberal Democrats made a net gain of four seats. UKIP, the third-largest party in 2015 by number of votes, saw its share of the vote reduced from 12.6% to 1.8% and lost its only seat.

Negotiation positions following the UK's invocation of Article 50 of the Treaty on European Union in March 2017 to leave the EU were expected to feature significantly in the campaign, but did not. The campaign was interrupted by two major terrorist attacks: Manchester and London Bridge; thus national security became a prominent issue in its final weeks. 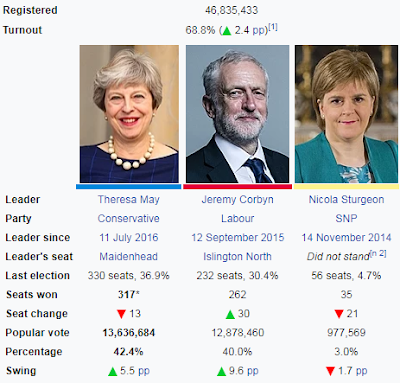 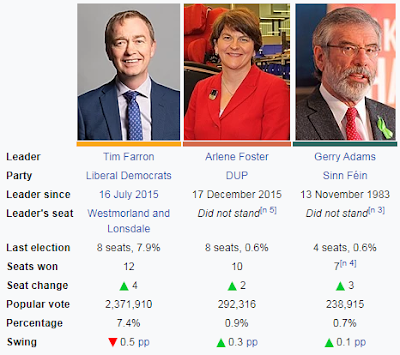 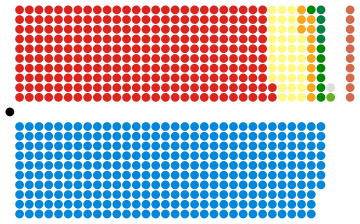