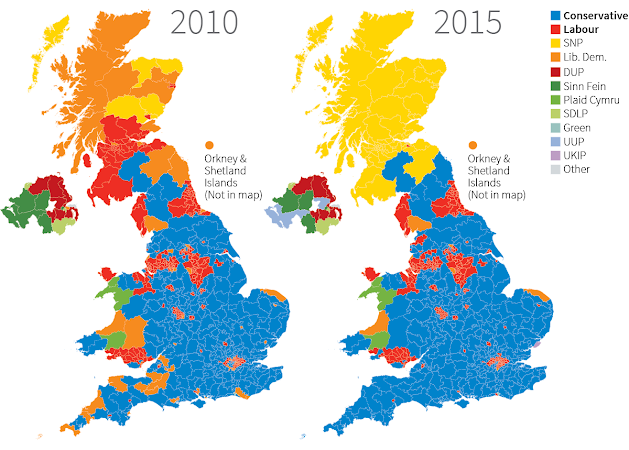 The 2015 United Kingdom general election was held on Thursday, 7 May 2015 to elect 650 members to the House of Commons. It was the first and, as of 2021, the only general election at the end of a fixed-term Parliament. Local elections took place in most areas on the same day.

Polls and commentators had predicted the outcome would be too close to call and would result in a second consecutive hung parliament that would be either similar or more complicated than the 2010 election. Opinion polls were eventually proven to have underestimated the Conservative vote as the party unexpectedly won an outright majority, which bore resemblance to its victory at the 1992 general election. Having governed in coalition with the Liberal Democrats since 2010, the Conservatives won 330 seats and 36.9% of the vote share, giving them a small overall majority of 12 seats and their first outright win for 23 years.

The Labour Party, led by Ed Miliband, saw a small increase in its share of the vote to 30.4%, but incurred a net loss of seats to return 232 MPs. This was its lowest seat tally since the 1987 general election. Senior Labour Shadow Cabinet members, notably Ed Balls, Douglas Alexander, and Scottish Labour leader Jim Murphy, were defeated. The Scottish National Party, enjoying a surge in support after the 2014 Scottish independence referendum, recorded a number of swings of over 30% from Labour, as it won 56 of the 59 Scottish seats to become the third-largest party in the Commons.

The Liberal Democrats, led by outgoing Deputy Prime Minister Nick Clegg, had their worst result since their formation in 1988, holding just eight out of their previous 57 seats, with Cabinet ministers Vince Cable, Ed Davey and Danny Alexander losing their seats. UKIP came third in terms of votes with 12.6%, but won only one seat, with party leader Nigel Farage failing to win the seat of South Thanet. The Green Party won its highest-ever share of the vote with 3.8%, and retained its only seat. Labour's Miliband (as national leader) and Murphy (as Scottish leader) both resigned, as did Clegg. In Northern Ireland, the Ulster Unionist Party returned to the Commons with two MPs after a five-year absence, while the Alliance Party lost its only seat despite an increase in total vote share. 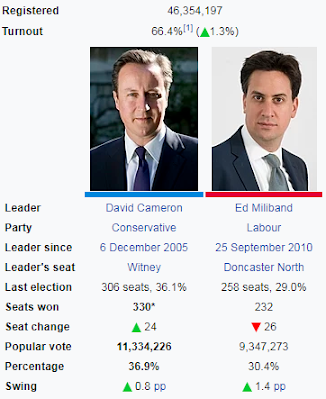 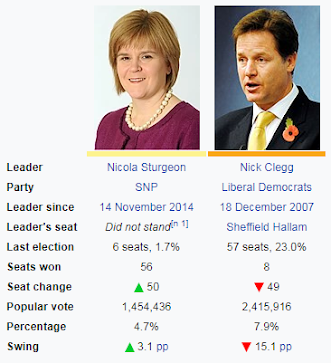 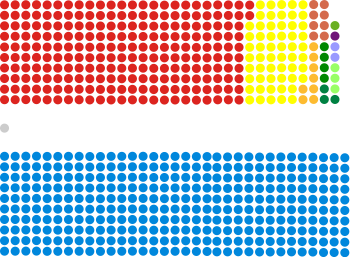