March 31, 2015
In the run up to the general election, its been announced that 100 of the top corporate companies in the UK are going to write to the newspaper the Telegraph to urge their readers that it is in their best interests to keep a conservative government in charge.

This does make sense for a right wing paper.

Although you have to ask why these big businesses are writing to the telegraph?

More than 100 bosses signed a newspaper letter backing cuts in corporation tax and other policies since 2010, saying they had been "good for business".
Bad for real hard working families.

Labour said the letter was "organised" by the Tories and it was "no surprise" that bosses wanted lower taxes.

It came as Labour promised new rights for workers on "zero-hours" contracts.

Ed Miliband said a future Labour government would guarantee zero-hours workers the right to a formal contract after 12 weeks of regular work, a move which he said would reduce economic insecurity but which was criticised by employers.

Its pretty obvious to me if you connect what they say and watch their actions, than its big business which has thrived under the austerity of the last 5 years and there is a big massive gap in GDP and Average household income.

The perspective a reader should have is of balance and being able to see the whole picture, not a biased view of a conservative business because they make bigger profit margins, under a certain administration. Labour are the same though, they slag the Tories but they do the same to always increase the funding, not for the benefit of the whole.


The cost added to a product from a big company is outrageous, thousands of employees, corporate tax, fuel, Delivery costs, all adds to the price of a product. Some are great businesses but there is hardly any local businesses any more and that is imbalanced and as a consumer, we do not have a choice.


Look at Mars bars for example, in 1997 a Mars bar was 28 pence and now it is smaller but nearly 3 times the price. If only wages grew that fast. If corporate companies stopped buying up local traditional businesses than we could afford the daily essentials without having to work 40 hours a week and still have to access a food bank.


The system is broken and it needs fixing. Don't be feared into thinking its some sort of anarchist way. We are too smart and have massive compassion towards our fellow person but when people get to a point where they have had enough, they make mistakes in their decision making because they are exhausted from the battle of BS.

I know its hard to imagine because we all work to survive and have our luxuries in life but we have to realise as much as we are exhausted from the everyday struggles of surviving, we have to keep these people to account and not have them tell us but rather show a balanced view of any situation, so that an outcome is reached that benefits communities, rather than diminishing our right to true democracy. 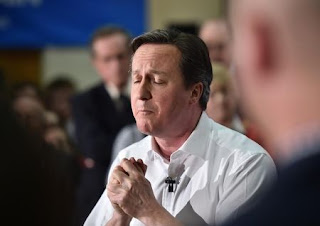