Here's a summary of the key points:

Liz Truss:
The government under Boris's leadership had many achievements - delivering Brexit, vaccines and backing Ukraine. We need calmness and unity now and to keep governing while a new leader is found. 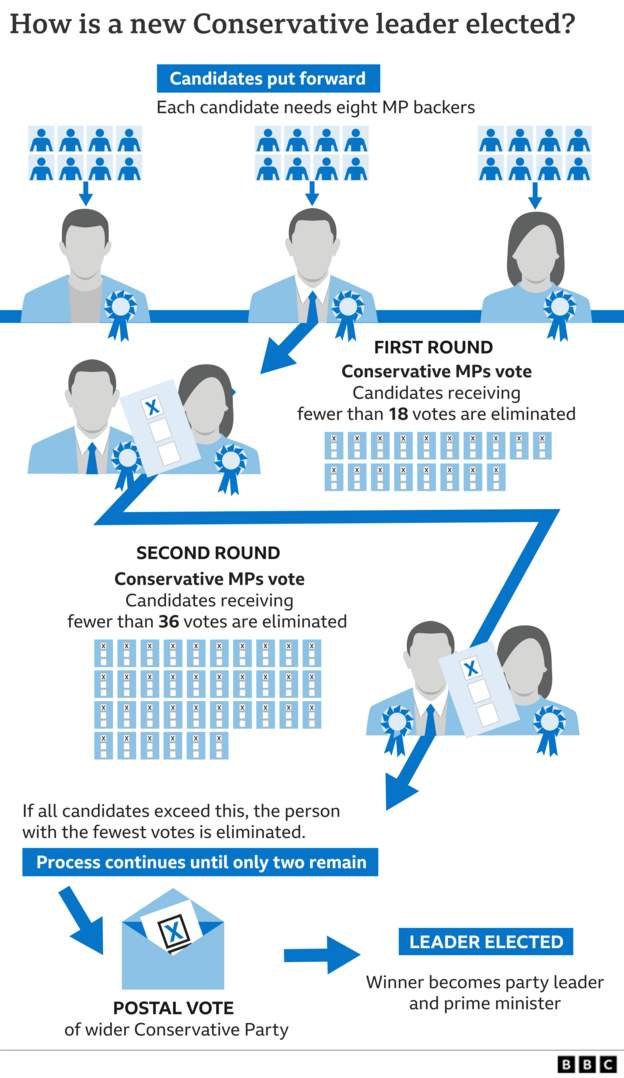 The PM's speech was brief. But his departure from office won't necessarily be swift.

He wanted history to know his resignation was the fault of colleagues and not himself. The "herd", as he called it, had moved quickly, despite winning the biggest majority at the 2019 general election since 1987 and attracting new voters to his party.

The subtext is that the coalition of voters - including former Labour supporters - he assembled in 2019 may break up without him to keep it together.

He referenced the bad press he received recently, but didn't spend long on any of the mistakes he may have made in office and which provoked mass resignations and a vote of no confidence.

He simply acknowledged he hadn't persuaded colleagues that he should remain in office.

He will stay on until a new leader is elected, but it is the backbench 1922 committee that will decide the timetable and some MPs want it expedited so he is not still in office until the autumn.

With new cabinet ministers in place, he does not seem in a hurry to leave. He will want a legacy that isn't obscured by the chaotic past few days.