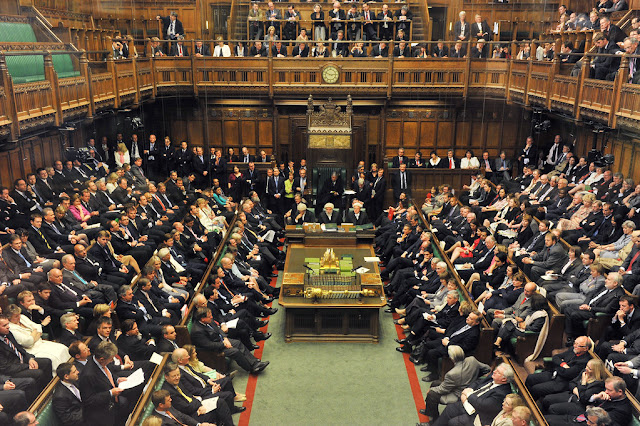 These types of legislation are sometimes referred to as 'statutes' and the term 'the statute book' refers to the whole of the statute law currently in force.

Church instruments are made by the Archbishops of Canterbury and York under authority contained in Church Measures. They are sometimes also referred to in annotations to the revised legislation as 'Archbishops Instruments', and are used almost exclusively for the purpose of bringing Church Measures into force.

This is legislation delegated to bodies such as local authorities, operators of transport systems or public utilities. The application of bye-laws is usually limited to a particular local area or the operations of a specific public body. Legislation.gov.uk does not publish bye-laws.
Case Law

Case law is the set of rulings from court judgements that set precedents for how the law has been interpreted and applied in certain cases. Case law is not held on legislation.gov.uk.
Citation and numbering

Primary legislation (e.g. Acts) are numbered chronologically within the year in which they are enacted. The numbering re-starts each year. For UK Public General Acts (UKPGA) the number is referred to as a 'Chapter'. Acts are therefore, usually cited by their type, year and chapter number e.g. The Data Protection Act 2018 is cited as '2018 c.12'. Acts of the Assembly of Northern Ireland also use chapter numbers, but are numbered separately so are cited on this website as '2018 c.3 (N.I)'. Acts of the Scottish Parliament have their own numbering system that works in the same way. The number is referred to as 'ASP' (standing for Act of the Scottish Parliament) e.g. Wild Animals in Travelling Circuses (Scotland) Act 2018 is cited as '2018 asp.3'. Acts of the National Assembly for Wales are numbered using 'anaw' (Act of the National Assembly for Wales) as the prefix for the number. Acts of Senedd Cymru are numbered ‘asc’ (Act of Senedd Cyrmru) as the prefix for the number.

Full details about how we cite legislation on legislation.gov.uk are in our Guide to Revised Legislation.
Parliaments and jurisdictions
UK Parliament

Most of the Acts passed by the UK Parliament are 'Public General Acts'. These are Acts that deal with matters of general public interest. A small number of Acts are 'Private Acts'. These are further sub-divided into 'Local Acts' (which relate to matters of local interest) and 'Personal Acts' (which relate to particular persons, and are nowadays very rare). These two classes of Acts are numbered differently to Public General Acts.

You can find out more about the UK parliament and the UK legislative process at www.parliament.uk.
Scottish Parliament

The Welsh Parliament is the democratically elected body that represents the interests of Wales and its people. The Welsh Parliament makes laws for Wales on specific subject areas. Outside these areas, different bodies (like local authorities or the UK government) make laws that apply to Wales.

You can find out more about the Welsh Parliament and the legislative process in Wales at gov.wales and www.senedd.wales.
Northern Ireland Assembly

The Northern Ireland Assembly was established as a result of the Belfast Agreement of 10 April 1998.

The Agreement was subsequently given legal force through the Northern Ireland Act 1998. It led to the creation of a series of interrelated bodies, in particular the Northern Ireland Assembly, which, when it is functioning, has full legislative and executive authority for all matters that are the responsibility of the Northern Ireland Government Departments and are known as transferred matters. Excepted matters remain the responsibility of the Westminster Parliament. Reserved matters are also dealt with by Westminster unless it is decided by the Secretary of State that some of these should be devolved to the Assembly. Excepted and reserved matters are defined in the Schedules to the NI Act.
How Parliaments have changed and created different legislation types
UK

There are still many Acts in force that were enacted by the parliaments of the separate countries that co-existed in the British Isles before the United Kingdom of Great Britain and Ireland was formed in 1801.
These are Acts that were enacted by:
Scotland

The term 'extent' when used in legislation refers to the jurisdiction(s) for which it is law. Thus, the extent may be the whole of the UK or one or more of the three jurisdictions within the UK: England and Wales; Scotland; and Northern Ireland. Note that England and Wales are not separate jurisdictions. The term 'extent' is currently used more loosely on legislation.gov.uk for searching purposes, to help users find legislation relevant to each of the four geographical parts of the UK. For this reason, it may denote a limited territorial application within a wider technical extent. For example, the extent of the legislation may be 'England and Wales' but it only applies to Wales. In due course, changes will be made to the way in which 'extent' information is presented on legislation.gov.uk so that information about extent and limited territorial application within a wider extent will be displayed separately.

Currently, each 'extent' is represented by one of, or a combination of, England (E), Wales (W), Scotland (S) and Northern Ireland (NI). Thus, a UK extent is E+W+S+NI and a GB extent is E+W+S. This information can be displayed within revised legislation when it is being viewed by selecting 'show geographical extent' in the left-hand column.

In some limited cases there may be multiple versions created to represent differing geographical extents. Two or more versions of a provision (or other level of division of legislation) are created where a substitution of text (or of the whole provision etc.) affects only part of the original geographical extent of the provision. Such versions have the same start date and continue to run alongside one another.

For instance, if there is a substitution of text in a provision that extends to the whole of the UK, but the substitution affects Wales only, two versions result: one for the provision in its unamended state to cover England, Scotland and Northern Ireland, and one for the provision as amended to cover Wales.
Associated documents published with legislation
A variety of documents can be published alongside legislation. A selection of the most common documents are explained below:

Explanatory Note(s)
Explanatory Notes are documents that typically accompany primary legislation (e.g. an Act or Measure). The text is created by the government department responsible for the subject matter of the Act (or Measure) to explain what the Act sets out to achieve and to make the Act accessible to readers who are not legally qualified. Explanatory Notes were introduced in 1999 and accompany all Public Acts except Appropriation, Consolidated Fund, Finance and Consolidation Acts.

Impact Assessments generally accompany all UK Government interventions of a regulatory nature that affect the private sector, civil society organisations and public services. They apply regardless of whether the regulation originates from a domestic or international source and can accompany primary (Acts etc) and secondary legislation (Statutory Instruments). An Impact Assessment allows those with an interest in the policy area to understand: why the government is proposing to intervene; the main options the government is considering, and which one is preferred; how and to what extent new policies may impact on them; and, the estimated costs and benefits of proposed measures.
Corrections

An Act of Parliament creates a new law or changes an existing law. An Act is a Bill that has been approved by both the House of Commons and the House of Lords and been given Royal Assent by the Monarch. Taken together, Acts of Parliament make up what is known as Statute Law in the UK.

An Act may come into force immediately, on a specific future date, or in stages. You can find out when an Act is due to come into force by looking at a section of the Act itself, headed 'Commencement' – this is among the very last sections of an Act.

Sometimes a specific date is not given and the timing is left to the discretion of the Secretary of State for the relevant government department. An act can therefore come into force by way of a Statutory Instrument called a 'Commencement Order' or 'Commencement Regulation'.

Future changes to the law happen through the passing of another Act or delegated legislation (e.g. secondary legislation such as Statutory Instruments). The change, or amendment, can itself be subject to coming into force immediately, on a specific future date, or in stages. An Act can also be repealed so that its provisions are no longer in force.

The originating text of the revised primary content was derived mainly from the publication Statutes in Force (SIF), a 'loose-leaf' style official edition of the revised statute book arranged according to subject matter. SIF was regularly updated with the effects of new legislation made until 1 February 1991. The date of this final revision became the 'base date' from which the revised content has been taken forward on the web. SIF did not generally include certain categories of legislation, such as Statute Law Revision Acts, Statute Law (Repeals) Acts and Acts extending only to Northern Ireland. (For further details, see the Guide to Revised Legislation on legislation.gov.uk at page 6). The other main source of revised legislation held on legislation.gov.uk is The Northern Ireland Statutes Revised, the official revised version of the primary legislation of Northern Ireland. The content of the numbered volumes and their supplements covering the period from 1921 onwards has been incorporated into legislation.gov.uk as it stood at 31 December 2005.

The European Union (Withdrawal) Act 2018 also gives the power to publish other legislation documents that may be useful, and legislation.gov.uk therefore also includes corrigenda (correction slips for EU legislation) and EU Directives as published on EUR-Lex. Captured and published these up to 11.00 p.m. on 31 December 2020.

The EU Exit Web Archive contains a wider selection of documents, including Treaties, legislative documents, the Official Journal of the EU, case law and other supporting materials, and judgements of the European Court of Justice in English, French and German. Captured these from EUR-Lex up to 11.00 p.m. on 31 December 2020.