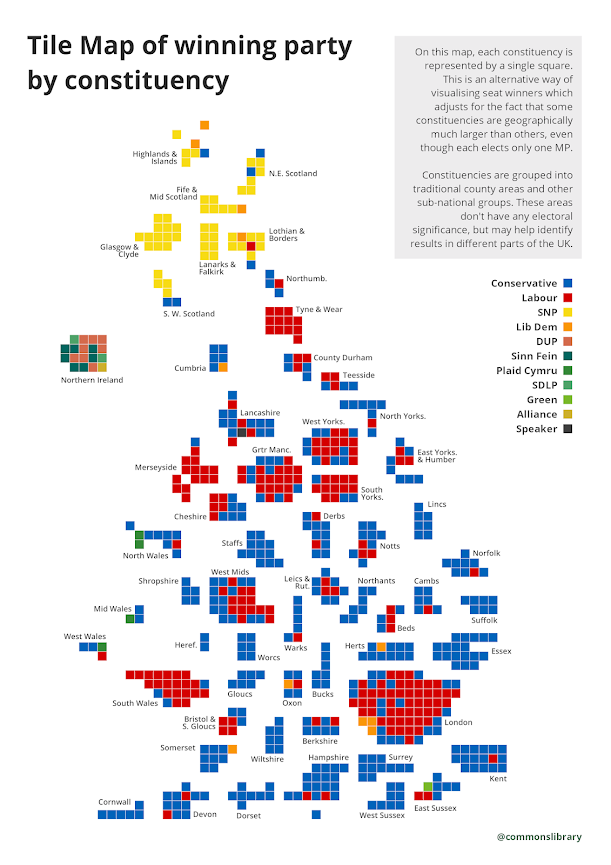 The 2019 United Kingdom general election was held on Thursday, 12 December 2019. The Conservative Party, having failed to obtain a majority in the 2017 general election, had faced prolonged parliamentary deadlock over Brexit while it governed in minority with the support of the Democratic Unionist Party (DUP), a situation which had forced the resignation of the previous Prime Minister, Theresa May.
In July 2019, after May's resignation, Boris Johnson was elected as Conservative leader and appointed as Prime Minister. Johnson could not induce Parliament to approve a revised withdrawal agreement by the end of October, and chose to call for a snap election. The House of Commons supported the Early Parliamentary General Election Act 2019 by 438–20, setting the election date for 12 December.
Opinion polls up to polling day showed a firm lead for the Conservatives against Labour throughout the campaign.

The election resulted in the Conservative Party receiving a landslide majority of 80 seats.
The Conservatives made a net gain of 48 seats and won 43.6% of the popular vote – the highest percentage by any party since 1979.
Many Conservative gains were made in long-held Labour Leave-voting seats dubbed the 'red wall'. Many of these seats had not had a Conservative MP in decades, if ever, but registered a strong 'Leave' vote in the 2016 referendum. The Labour Party won 202 seats, its lowest number and proportion of seats since 1935. The Scottish National Party (SNP) made a net gain of 13 seats and won 3.9% of the UK vote (translating to 45% of the popular vote in Scotland), resulting in 48 out of 59 seats won in Scotland.
The Liberal Democrats improved their vote share to 11.6% but won only 11 seats, a net loss of one since the last election. The DUP won a plurality of seats in Northern Ireland.
There, the SDLP and Alliance regained parliamentary representation as the DUP lost seats.

The election result allowed Johnson a mandate to ensure the UK's departure from the European Union on 31 January 2020, thereby ending hopes of the Remain movement of overturning the result of the 2016 referendum. Labour's defeat led to Jeremy Corbyn conceding defeat and announcing his intention to resign, triggering a leadership election won by Keir Starmer.
For Liberal Democrat leader Jo Swinson, the loss of her constituency's seat compelled her to resign as well, causing an internal crisis in the party and triggering a leadership election.
The party's leader in Wales, Jane Dodds, was also unseated.
For the SNP leader, Nicola Sturgeon, her party's landslide victory in Scotland led to renewed calls for a second independence referendum, to which the Conservative Party had expressed its opposition before and during the election.
In Northern Ireland, nationalist MPs outnumbered unionist ones for the first time in history, although the unionist popular vote remained higher (43.1 per cent). 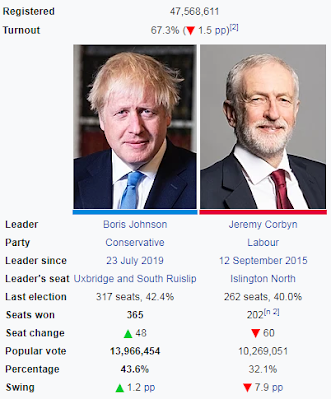 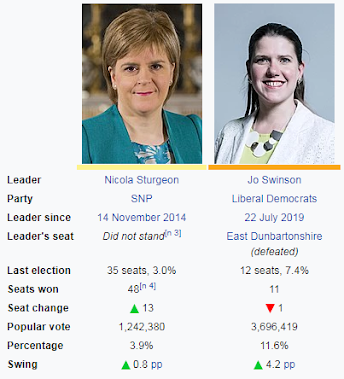 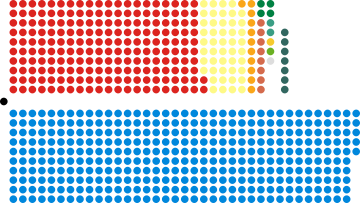