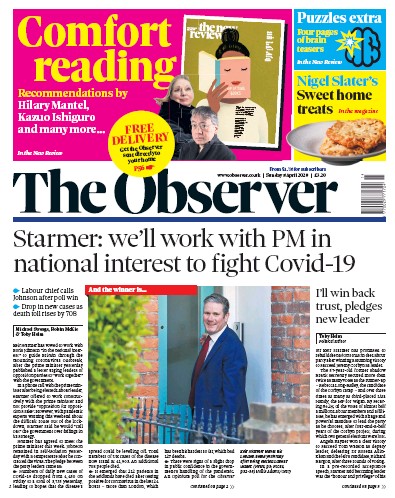 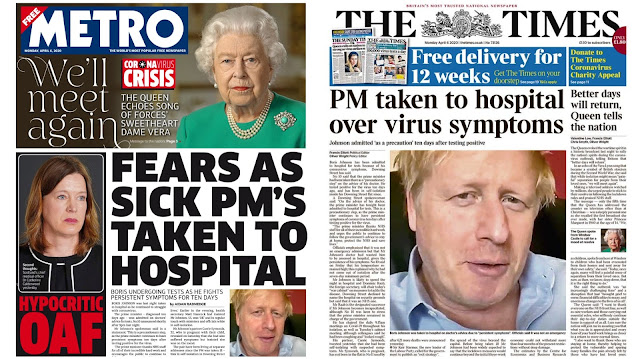 6 April
Prime Minister Boris Johnson is taken into intensive care after being admitted to hospital for coronavirus the day before. It is announced that First Secretary of State Dominic Raab will deputise for him. 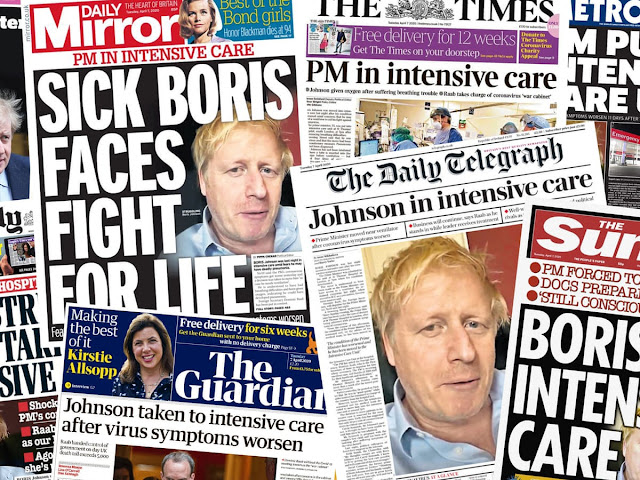 9 April
Foreign Secretary Dominic Raab says the UK is "starting to see the impact" of the restrictions but that it is "too early" to lift them, and urges people to stay indoors over the Easter weekend.
Prime Minister Boris Johnson is moved out of intensive care, but remains in hospital.

12 April
Prime Minister Boris Johnson is discharged from hospital after being treated for coronavirus and will continue his recovery at Chequers. 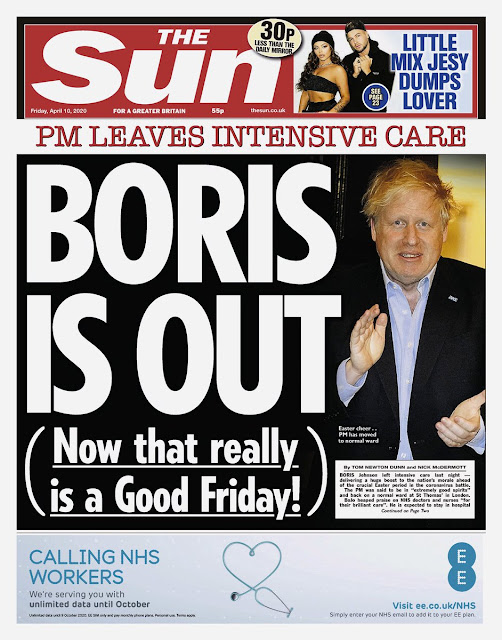 16 April
Foreign Secretary Dominic Raab announces a three-week extension to the nationwide lockdown measures as the number of confirmed COVID-19 cases in the UK surpasses 100,000. 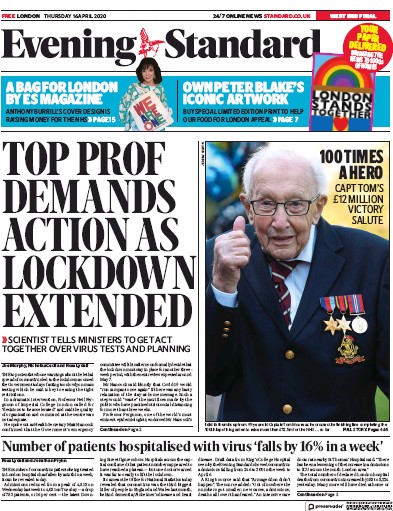 19 April
Michael Gove, in a BBC interview with Andrew Marr, concedes that the Prime Minister missed five COBRA meetings in the early stages of the viral outbreak, and that the UK shipped protective equipment to China in February.
22 April
MPs take part in the first "virtual" Prime Minister's Questions, via video conferencing service Zoom.
27 April
Boris Johnson returns to work after three weeks of illness. In his first speech outside 10 Downing Street since recovering from coronavirus, he urges the public not to lose patience with the lockdown, warning that the UK is at the moment of "maximum risk".
28 April
The Scottish government recommends that people cover their faces in certain enclosed public spaces like shops and public transport: UK ministers are considering the issue. 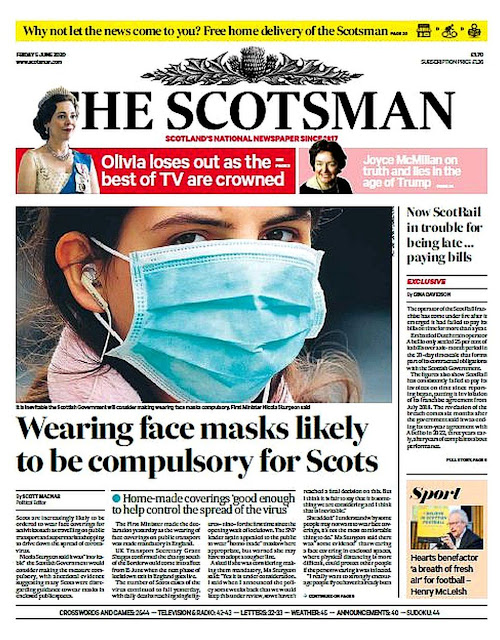 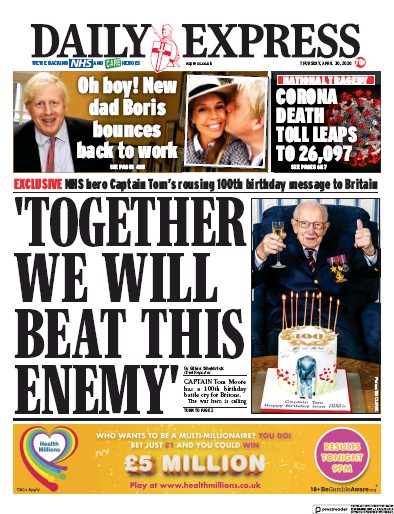