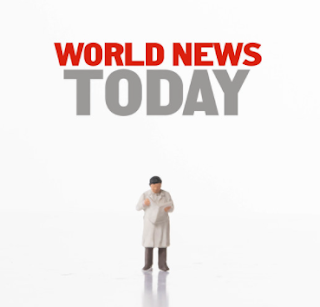 Senior Conservative Party members have told The Guardian that Boris Johnson will struggle to get his plans to privatise Channel 4 through parliament due to a backlash within his own party. The proposal to raise £1bn-plus by selling off the state-owned channel has been met with opposition from Ruth Davidson, the former Scottish Tory leader, and former cabinet ministers Damian Green and Jeremy Hunt. The Conservative MPs’ WhatsApp group has also seen a number of members objecting to the sale, added the paper.

Volodymyr Zelenskyy has said the UN should be dissolved if it cannot stop Russia. In a virtual address to the Security Council, the Ukrainian president said Moscow’s veto on resolutions gave it a “right to kill”. The US and the EU are set to impose more sanctions on Russia amid allegations of war crimes in the Ukrainian town of Bucha. The BBC said Washington is considering measures which would target two daughters of Vladimir Putin and Russia’s largest bank.

Experts at Imperial College London have warned that a rise in Covid infections in the over-55s could cause an increased number of hospitalisations and deaths in the coming weeks. The latest data from Imperial’s React-1 study shows that while infections appear to be slowing down or plateauing in most younger age groups in England, they are rising in the over-55s, with no clear sign of when they will peak. The Office for National Statistics said Covid-related deaths in England have jumped to their highest level since mid-February.

No-fault divorces are now allowed in England and Wales, marking what the BBC described as “the most far-reaching change in divorce laws in decades”. Previously, anyone who wanted to split quickly had to accuse their partner of desertion, adultery or unreasonable behaviour. The only alternative was to spend two years apart if both partners agreed, or five years if one of them objected to the split. Campaigners say no-fault divorces will help more unhappily married couples to divorce amicably and rebuild their lives, as well as protect children.

The boss of Manchester Airport quit last night, hours after the city’s mayor said that the police could be drafted in to help deal with Easter getaway chaos. Passengers described the airport as a “total disgrace” as they waited for hours to reach security. Queues snaked outside the terminal at the height of the morning chaos, while holidaymakers with “fast track” access complained of 90-minute waits, said The Times. Karen Smart had worked for the airport for eight years and took on the role of managing director at the start of the Covid pandemic.

A high-profile Nigerian humanist has been sentenced to 24 years in prison after pleading guilty to blasphemy charges. Mubarak Bala was sentenced two years after his arrest at his home in the northern Kaduna state in April 2020, said The Guardian. The atheist had also faced death threats and calls for him to be tried for blasphemy after he posted comments that were critical of Islam on Facebook. The paper said Bala’s “landmark case” has “put a new focus on the threats to freedom of expression in the west African country”.

The UK has cancelled its first international LGBT+ conference after more than 100 organisations announced they were boycotting it in protest against the government’s stance on conversion therapy. LGBT+ charities and other groups withdrew from Safe To Be Me after conversation therapy aimed at transgender people was excluded from a ban outlined by the government last week. Iain Anderson, the government’s first LGBT+ business champion, resigned on Tuesday, accusing the PM of driving a “wedge” between trans and gay people.

8. Musk is ‘richest person ever’

Elon Musk is the richest person of all time, according to Forbes. The Tesla and SpaceX boss’s net worth is now about $300bn, according to the magazine’s real-time rankings of the world’s wealthiest people. This gives him a more than $100bn lead over second-place Jeff Bezos, the Amazon founder and owner of Musk’s space rival, Blue Origin. Musk has more than double the wealth of legendary investor Warren Buffett, whose net worth is around $125bn.

9. Sunak under fire for school donation

Rishi Sunak and his wife have donated more than £100,000 to his old boarding school, Winchester College, reported The Telegraph. The chancellor, who was a head boy at the £43,335 per year school, is listed as a “Wykeham benefactor” alongside his wife in the latest copy of the college magazine, meaning they have made donations in excess of £100,000. Labour accused Sunak of giving a subsidy to his “old boys’ network”, rather than using the money to improve state schools.

The Prince of Wales sought advice from Jimmy Savile shortly after Prince Andrew made unfortunate comments about the Lockerbie bombing, reported The Times. Newly unearthed letters show that Charles wrote to the now-disgraced broadcaster in 1987, praising him as “the bloke who knows what’s going on” and asking for “a list of suggestions” to “get to parts of the country that others don’t get to reach”. When visiting Lockerbie after the disaster, Prince Andrew had said: “I suppose statistically something like this has got to happen at some stage… Of course it only affects the community in a very small way.”